Here at Air Experiences, we’re big fans of gliding. It’s how we both started learning to fly and how we met, and it’s something we want to encourage more people to try. In this bumper introduction, we answer all your questions about gliding and share a load of nice photos too. Read on to get clued up about this fantastic form of flight.

What is a glider?!

When they hear the word ‘glider’, a lot of people think of this:

That’s a paraglider. Or this:

That’s a hang glider. Or even this:

That’s a sugar glider. What we’re talking about is this:

As you can see from the photo above, a glider is like an aeroplane, but with no engine and much longer wings. Because they don’t have an engine, they need to be as aerodynamic as possible for maximum performance, and for this reason they have a narrower fuselage. Two-seater gliders have pilot and passenger sitting one in front of the other, rather than side-by-side as they would in an aeroplane.

When were gliders invented?

The earliest heavier-than-air aircraft were gliders, and were developed from the 1850s onwards, when aviation began to take shape. It wasn’t until the 1920s that it became a sport, however. At the end of the First World War, the Treaty of Versailles imposed strict limitations on the manufacture of powered aircraft in Germany, so instead the Germans (actively supported by the German government) began to develop increasingly sophisticated unpowered aircraft in the form of gliders. In the 1930s the popularity of gliding spread to other countries, and we’ve never looked back.

The role of gliders in the Second World War

Large gliders, most notably the Horsa, were used during the Second World War to deliver troops and equipment into battle zones. The advantage of using gliders over powered aircraft was, of course, that they were silent – the enemy couldn’t hear them coming, preserving the element of surprise. Britain hasn’t used them in a military context since 1957, but they are still used for training cadets. 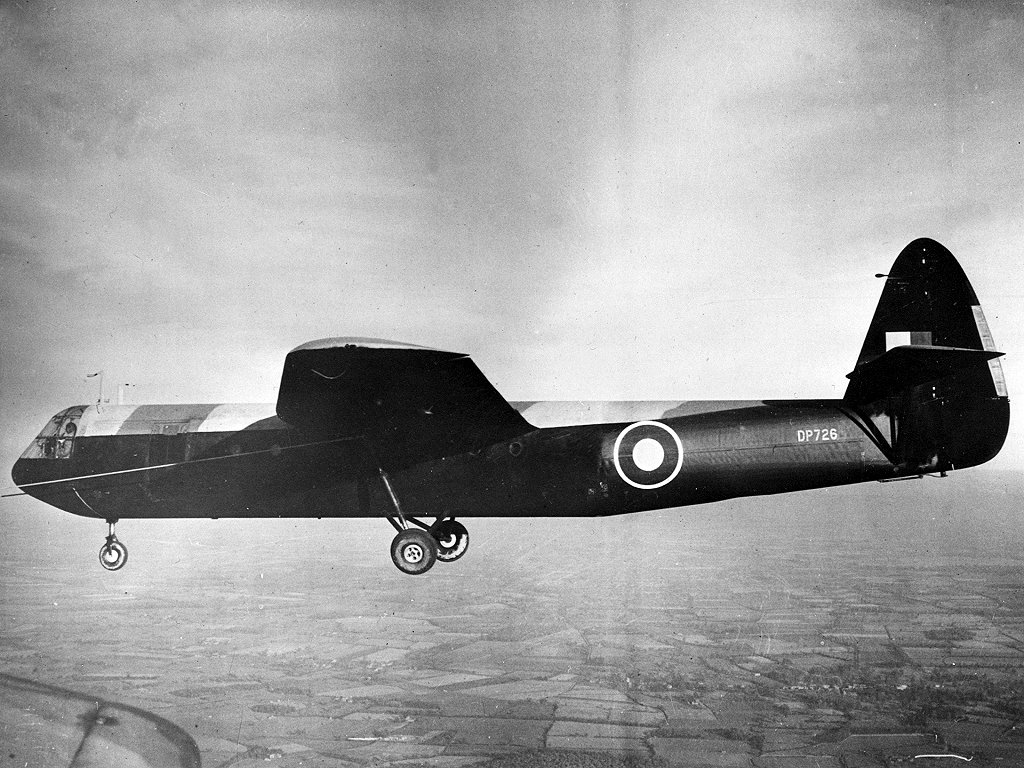 Why do gliders have such long wings?

Those long wings help the glider stay airborne for longer by spreading the weight of the pilot and aircraft across a wider area. This means that each square metre of wing has less lift to create, maximising performance and allowing a longer flight.

How do gliders get into the air?

Because a glider doesn’t have an engine, getting them into the air presents a challenge. There are several solutions to this problem, the most popular being winch launch and aerotow.

The winch launch method involves a tractor-like machine sitting at the opposite end of the runway with a steel cable stretching all the way along the runway and attached to the glider. 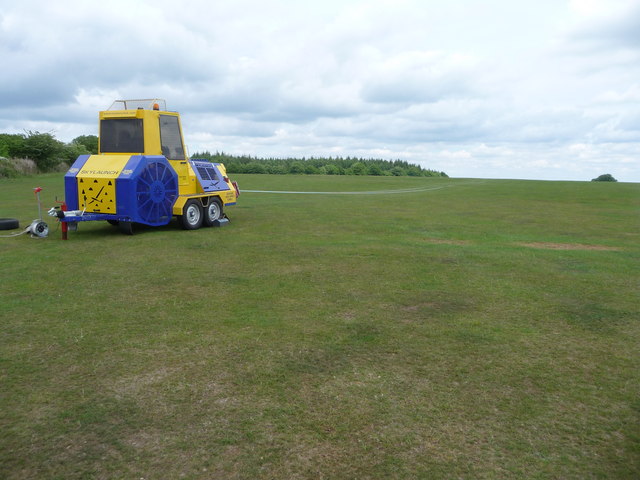 When the glider is ready to launch, a member of the ground crew holds the wing of the glider up (gliders don’t have an undercarriage, so they will lie on one wing when at rest) and radios to the winch driver to power up the winch. The winch cable then winds in at considerable speed, dragging the glider into the air in much the same way as a kite taking off when you run while holding the string. The acceleration is around 0-60mph in about 5 seconds – it’s very exciting, and the climb is steep. When you get to the top of the climb, the glider levels out and the winch cable is detached using a pull-chord in the cockpit. The altitude you’ll reach depends on the length of the airfield and therefore the length of the cable.

An aerotow launch involves attaching the glider to a light powered aircraft using a rope. The aeroplane will typically pull the glider up to an altitude of 2,000ft or 3,000ft before the cable is released. This method produces a gentler, slower climb, and is more versatile in that unlike the winch launch, you can choose the altitude you want to be taken to – so you can go higher, resulting in a longer flight.

How do they stay in the air?

A glider flies beautifully and smoothly, but without an engine, you will constantly lose altitude if you don’t find some way of staying airborne – and you won’t be able to stray very far from the airfield! The average glider falls at a rate of about 150ft a minute, so the pilot must find air that’s going up faster than the glider is going down. Luckily, there are ways of extending your flight, and experienced glider pilots can harness the power of the elements to stay airborne for many hours at a time.

Thermals are rising columns of warm air caused by the ground being heated by the sun. On a sunny day, there will be few thermals first thing in the morning, because the ground is still warming up. Later in the day, tell-tale Cumulus clouds appear where warm air has risen up and condensed as it reaches a higher altitude and cools. Gliders take advantage of thermals by tightly circling within these columns of rising air, being carried up by it. You’ll notice that birds of prey like doing this too! Glider pilots are always on the look-out for clouds, as there’s a good chance there will be a thermal under them. What’s more, darker areas of ground such as built-up areas and brown ploughed fields produce stronger thermals, because they absorb more heat and therefore warm the air more.

The other way of gaining altitude in a glider is to take advantage of hills and mountains. When the wind hits the side of a hill or mountain it gets deflected upwards, producing strong lift that will carry a glider higher. This is an exhilarating form of gliding because it means flying low to hills, and it doesn’t rely on warm days, meaning that as long as the wind keeps blowing, it’s a guaranteed source of lift and will enable the glider to stay airborne all day.

Where do gliders land?

A trial lesson for a member of the public will land back at the airfield it took off from. This involves careful calculation on the part of the pilot to ensure that the flight is planned with plenty of altitude left to get back to the airfield. Glider pilots flying for fun, however, often ‘land out’ – that is, land in a farmer’s field! Part of the training a glider pilot undergoes involves selecting suitable fields for landing, as it’s inevitable that sometimes adventurous pilots will stray just a little too far from their home airfield. This is seen as all part of the fun! A member of the ground crew will then come out with a glider trailer to take the pilot and aircraft back home. Gliders wings come off, and the whole aircraft fits neatly into a trailer that looks like this: 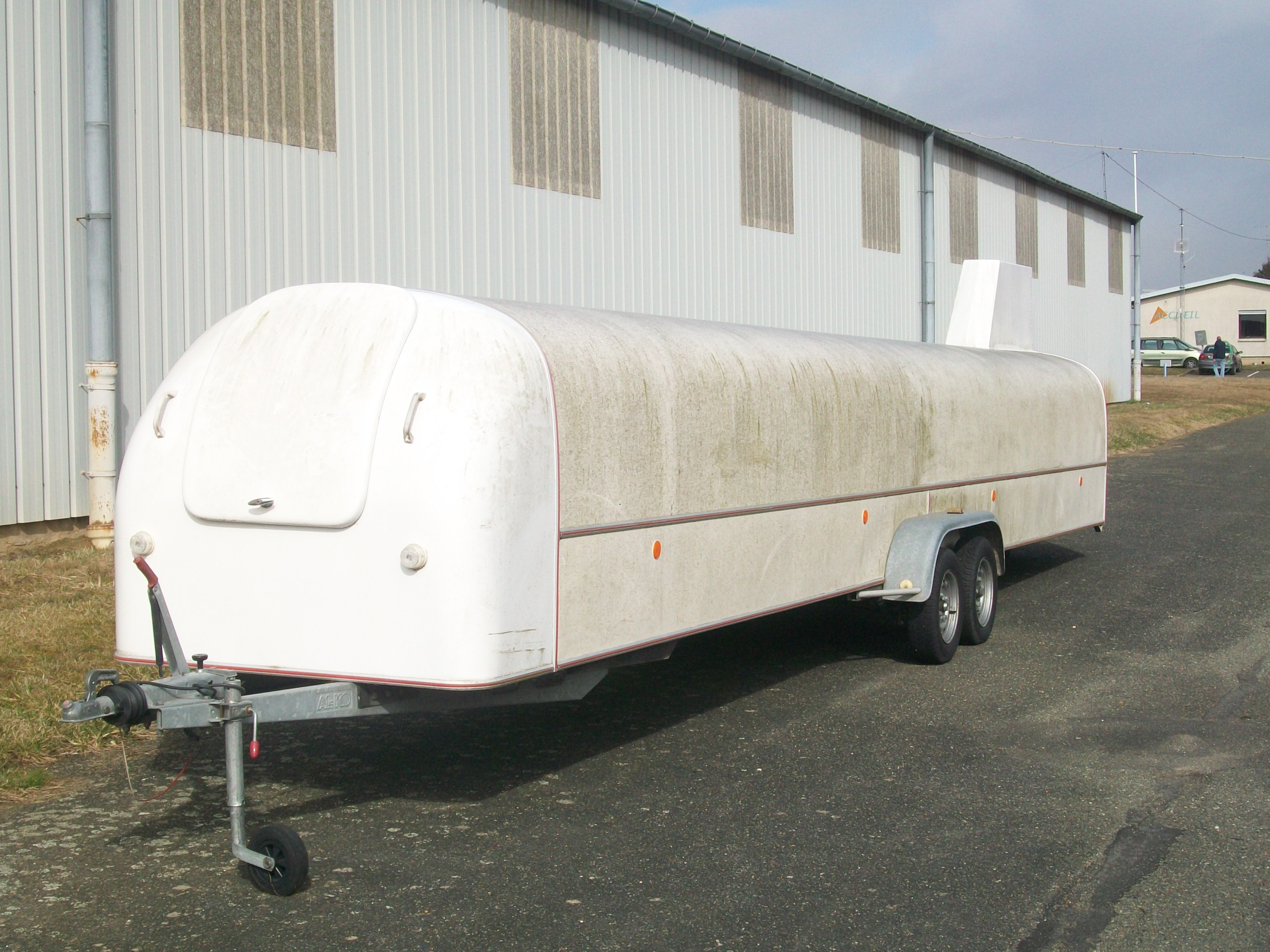 What’s the highest anyone’s ever flown in a glider?

The World Altitude Record for gliders currently stands at 50,699ft, achieved above the Andes by Steve Fossett in 2006. This is higher even than most long-haul flights! The air at that altitude is incredibly thin, requiring oxygen masks to be worn, and incredibly cold – and remember that gliders don’t have heaters!

What’s the furthest anyone’s ever flown in a glider?

The World Record for the longest glider flight is a whopping 56 hours and 15 minutes, achieved in France in 1952 by Charles Atger. He must have had a very numb bum by the end of that!

Like any sport, gliding has its fair share of competitions. These typically involve a series of ‘tasks’ with several way-points that pilots must navigate to and prove they’ve been there using a GPS tracker. Competition glider pilots fly ultra high-performance gliders that have improved glide angles – that is, they lose altitude at a slower rate than the average glider.

Becoming a member of a gliding club

Becoming a member of a gliding club allows you to learn to fly as often as you like (weather permitting) at preferential member rates. Most clubs will expect you to turn up first thing in the morning to get your name on the day’s flying list and help get the gliders out of the hangar. You’ll usually be expected to stay for the whole day to help out, as gliding requires lots of ground crew. Ground duties include recording flight times and durations, operating the winch (usually reserved for solo level pilots), driving the vehicle to retrieve the winch cable and driving cars or golf buggies to drag gliders back to the launch point when they land elsewhere on the airfield. It’s a lot of fun, but pretty cold in the winter!

Gliding is a wonderfully peaceful form of flying. Without an engine, all you hear is the wind, and you can have a conversation with the person flying with you without the need for an aviation headset. It’s also quite a ‘raw’ form of flying, one that necessitates an accute awareness of the air and careful judgement. It’s said that glider pilots are better pilots for this reason!

If you want to try this stunning form of flying yourself, why not check out our range of gliding experiences?

All images from Wikimedia Commons except the glider winch from Geograph.org.uk

We use cookies to ensure that we give you the best experience on our website. If you continue to use this site we will assume that you are happy with it.OkPrivacy policy